In May 2011 I stayed at the Riu Bachata in Puerto Plata, Dominican Republic for a little over a week.  The resort is in a rural area a few miles northwest of the city of Puerto Plata, which is the third largest city in the country.  The Riu Bachata is an all-inclusive resort and a part of a three hotel complex that includes the Riu Mamba and Riu Merengue.  Guests are able to go anywhere at the three hotels, which includes several pools, restaurants, bars, and many other features. 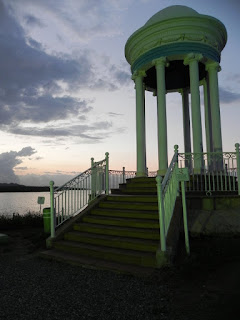 While in Puerto Plata there were three excursions that I went on.  The first and best was the trip to the 27 waterfalls of the Rio Damajagua.  This trip started with a ride on a dirt road through a rural area in the mountains where we stopped in a village where they grew coffee and cocoa. 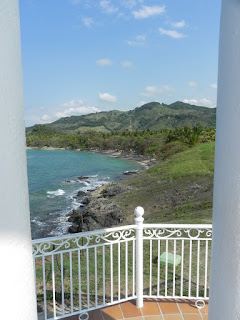 When we arrived at the site of the waterfalls we first took a short walk through the forest before we reached a narrow canyon similar to the slot canyons of Utah but much lusher.  Once in the canyon we had to walk, swim, and climb through the canyon until we reach the top of the seventh waterfall from the bottom.  Many of the waterfalls act as natural waterslides that we slid down into deep pools and others we were able to jump off.  See this site for information since I didn't take my camera for a swim. 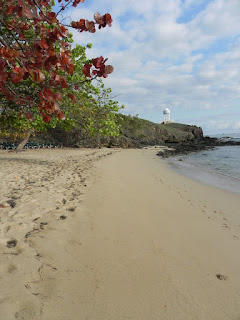 The second excursion I went on was a horseback ride along the beach along a small bay next to the resort.  For part of the ride we went along a dirt road, which was somewhat disappointing rather than being on the beach.  But on the way back we stopped at a small village where I was able to see a Hispaniolan parrot, one of a few species endemic to the island I was able to find (see this post). 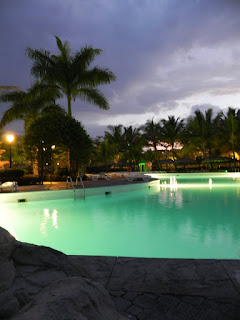 The last trip was a dune buggy ride along on dirt and gravel roads through sugarcane fields on the eastern side of the city.  There wasn't much to this trip because the roads were flat other than a few holes that appeared strategically filled with water.  By the end of the trip we were covered in mud and our last stop was at a remote beach where we were refreshed.