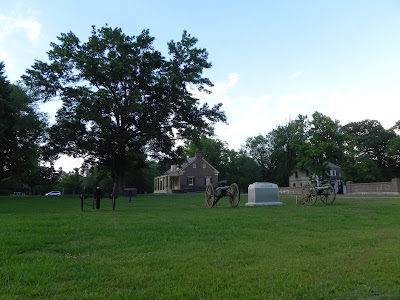 Shiloh National Military Park preserves the locations of the Shiloh and Corinth battles during the Civil War. I visited only the Shiloh Battlefield after going to Woodall Mountain, but the Corinth Battlefield is a short distance away in Mississippi.

The Battle of Shiloh occurred on 6-7 April 1862 and was not a tactical victory for either side, but it was a strategic victory for the Union under the command of Ulysses S. Grant. After the battle ended 24,000 people were killed, wounded, or missing.


The visitor center is located next to Shiloh National Cemetery at Pittsburg Landing on the Tennessee River. From here you can take a driving tour of the battlefield that features 20 stops, including at the Shiloh Indian Mounds National Historic Landmark. 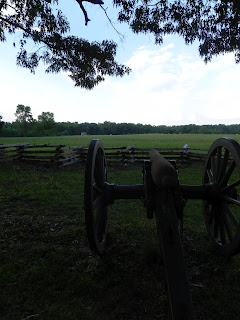