In 2010 I took a class on tropical ecology that included spending two weeks in the lowland Amazon rainforest in Peru. On February 27 I flew from Boston to Lima via Atlanta and spent the night at a hotel in Lima. The next morning I flew from Lima to Iquitos, the largest city in the world that you cannot get to by car. Iquitos is at an elevation 300 feet, although it is 2,300 miles up the Amazon River from its mouth. Once in Iquitos we stopped for lunch before boarding a boat that took us up the Amazon River and then up a tributary. This boat ride took a couple hours, and when we reached the lodge it was after dark.


Our tour company was Amazonia Expeditions, and the lodge we stayed at the first few and last couple days was the Tahuayo Lodge. This lodge is on the border of the Tamshiyacu-Tahuayo Reserve near the village of Chino. From this lodge we went on hikes through the rainforest during the day and night, zip-lining through the forest canopy, looking for poison dart frogs and the hoatzin, went on morning boat rides where the guides pointed out and named all the birds, among other activities. We also went to the village of Chino a couple times.

We then traveled several miles up the river to a Tahuayo River Amazon Research Center. This lodge was nearly identical to the first, but here there is an extensive trail grid. From here we often hiked through the forest where the are at least 16 species of primates. We still went on morning boat rides but we also went canoeing often and fished from the canoes where we caught piranha and other fish that we sometimes later ate.

Animals that we saw include, but are certainly not limited to: 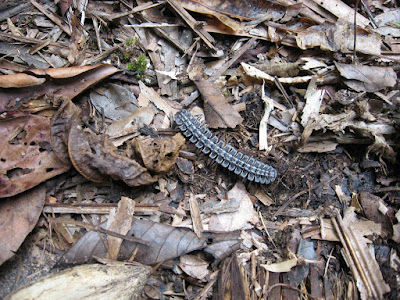