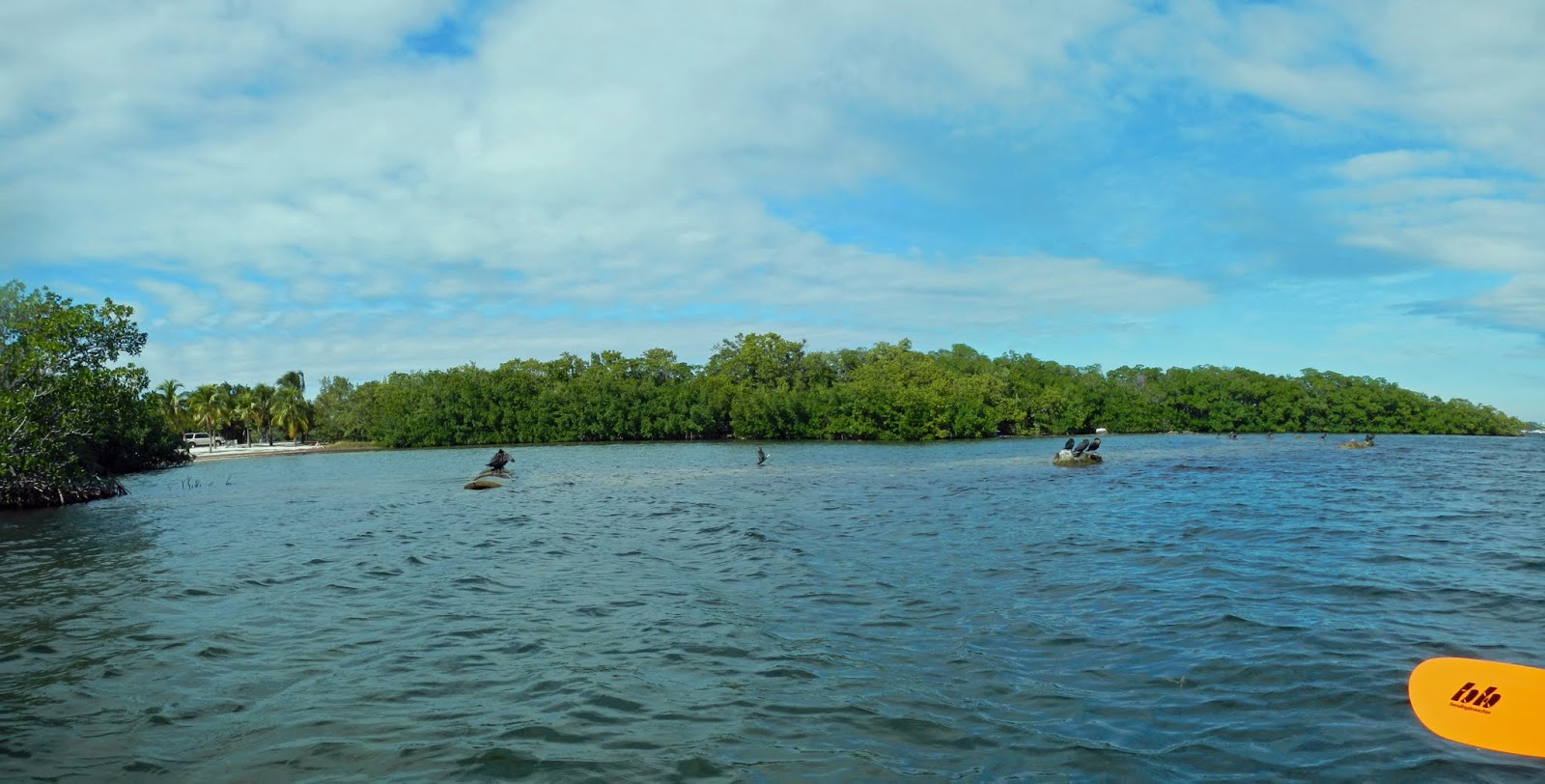 John Pennekamp Coral Reef State Park in Key Largo obviously protects a coral reef, but I took a glass bottom boat tour to see it in 2008. Since I was less than wowed with the boat, I decided that this time I would rent a kayak and travel throughout the mangroves rather than go out to the coral reef with hopes that I would go snorkeling on a reef in the coming days (which didn't happen).  The water was quite clear, but it was windy, which made for slightly more difficult travel during the brief time I went into open water near the park's beach.

After I finished kayaking, I went into the park's very small aquarium, which had one decently large main tank and perhaps three or four smaller ones with a variety of marine life. Next it was on to Windley Fossil Reef Geological State Park and Key West.