Boquillas del Carmen is a small village in the state of Coahuila, Mexico along the Rio Grande just across from the Rio Grande Village in Big Bend National Park. Boquillas was long a popular day trip for visitors to the park, but the informal crossing that allowed people to cross the Rio Grande closed in 2002.


In April 2013, a new unstaffed border patrol station opened in the United States to allow visitors to Big Bend to cross into Mexico legally. The crossing is not open all day every day, and during my visit it was open from 9:00 am to 6:00 pm Wednesday through Sunday, so check before visting. The park rangers at the crossing recommend I return by 5:00 to arrive before the gate locks and get through customs. Customs involves talking on a phone to someone in El Paso, and I couldn't really understand the questions this person asked, so I simply said I was in Mexico for a couple hours and brought back only a couple of souvenirs worth $10-20. Lucky that was all I had to say to get back in (on another note, as I was driving out of the park I was stopped and had my car searched several minutes by the border patrol and their dogs north of the park's boundary).

When you arrive at the port of entry, you walk into the building from the parking lot, continue out the other side of the building, and walk down to the river. Once at the river you take a row boat ($5 per person round trip) across the river (or you can walk across if the water is low, which it wasn't for me). On the other side, several people were waiting to take visitors to town (~1 mile). You have the option of walking (free), truck ($5), or horse or burro (each $8). The park rangers back in the U.S. said that most people take about two hours (which was pretty accurate for me) so since I was interested in hiking the Lost Mine Trail later that afternoon, I took the truck to town to save some time.

Also, when I first crossed the river, I was asked if I wanted a tour guide (no price given). So not knowing much about the town, I said yes. It turns out this guide took me on a short walk through the village down the main road, to the school, church, and to a restaurant, but didn't do much else. At Jose Falcon's Restaurant I ordered a large burrito and a couple beers for $10 before my guide took me to one of the many local vendors in the village. One of these vendors including a young boy who came up to me several times despite the fact that I had just gone by the school, which was in session.

There is a Mexican customs station in the village, but it often isn't open, including when I was there, so you probably don't have to worry about spending time going through those procedures. However, there were a few Mexican military personnel walking around the town for a few minutes before they disappeared. After a couple hours in Boquillas, I made the truck ride, boat ride, and short walk back to the Boquillas Port of Entry. If and when I go back to Big Bend I'll definitely return to Boquillas as well as this was a great couple of hours. However, I probably won't take a guide next time because it seems once you've seen the place you know your way around it. 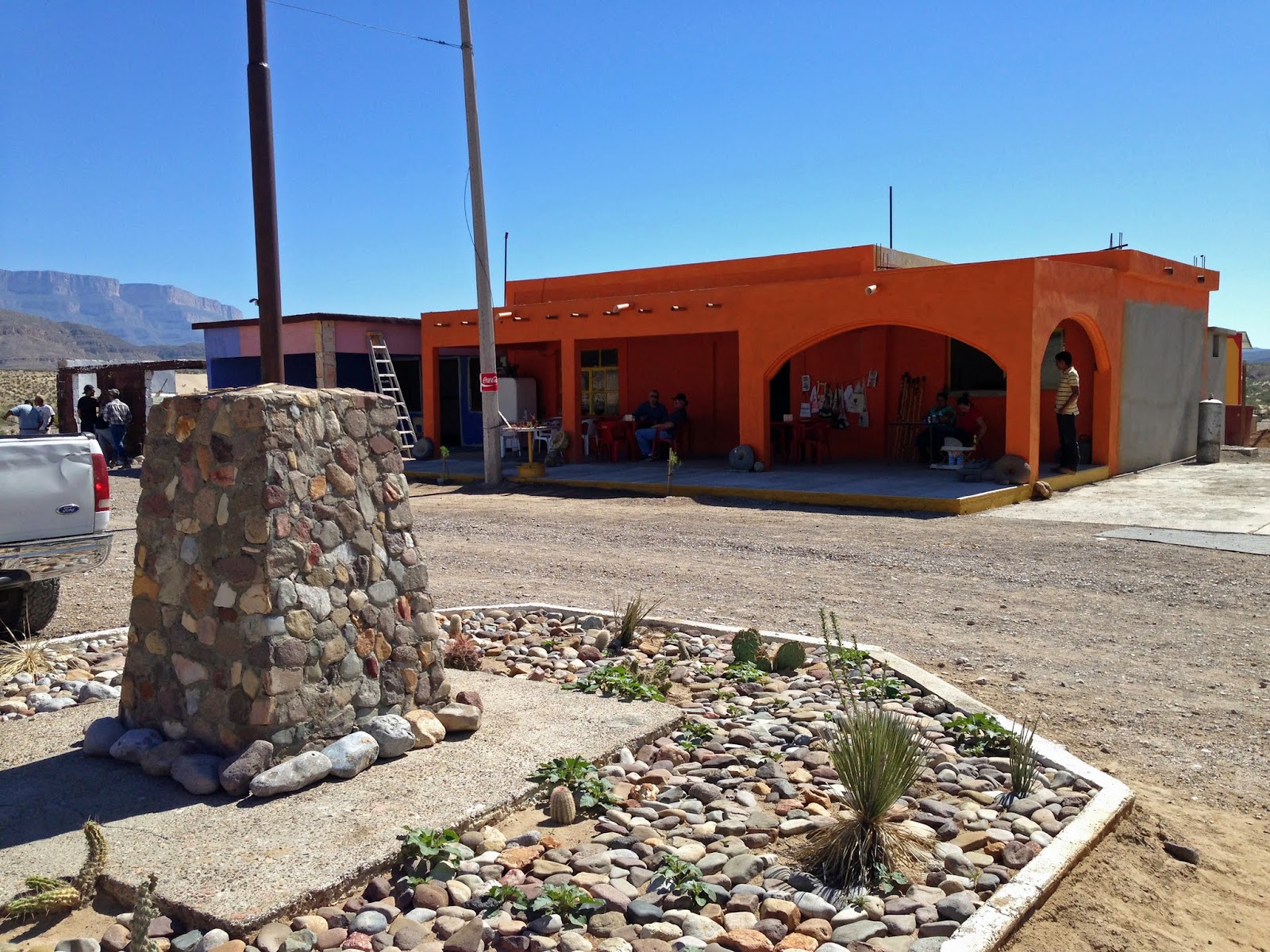