The West Fork Trail is a 3.4 mile long (one way) trail along the West Fork of Oak Creek in Oak Creek Canyon in Coconino National Forest north of Sedona, Arizona. After waking up in Flagstaff on December 11th, I made the 30 minute drive south to Oak Creek Canyon. When I arrived at the trailhead, there was only one other car there, but the entrance station was staffed. I payed the obligatory $9 per person to the private concessionaire (no public lands passes are allowed on these federal lands), which seems to be quite a ripoff since you have to pay again if you stop anywhere else near Sedona.


Being early morning, the temperature was probably around 20 degrees, but the trail had seen some use the the previous days since the snow was fairly well packed on it. I decided not to take my snowshoes but did take my crampons, although the crampons weren't really useful on the snow-packed trail. The trail crosses Oak Creek via the only bridge on the trail just past the parking lot. On the west side of the creek you pass through an old orchard and then arrive at the wilderness register near the site of a lodge that had burned down years ago.


From the register the trail turns into the West Fork Canyon where it parallels and crosses the West Fork of Oak Creek several times. The lower portion of the stream wasn't completely frozen over, so it made getting across a little difficult. But by the third or fourth crossing the stream was completely frozen, and it was quite easy to cross with crampons (albeit very slippery without them). After hiking about a half mile down the trail, the number of footprints really began to decline, and I wished I had brought my snowshoes because the powdery snow was 6+ inches deep and made for slower travel.

The West Fork Trail does't really change elevation that noticeably, although it does gain elevation at a slow but steady pace from the trailhead. As the morning progressed, the sun began to creep into the bottom of the canyon, but after about two miles of hiking, the tracks of other people completely stopped, making hiking up the trail even slower. I decided at this point to save my energy and turn around to go do something else. It was unfortunate that I didn't bring my snowshoes because at the point where the trail ends the canyon walls close in and you walk straight through the stream (or on top of it in winter) in a landscape reminiscent of the subway or narrows in Zion National Park. After returning to the trailhead I continued on through Sedona before going to Tuzigoot and Montezuma Castle national monuments. 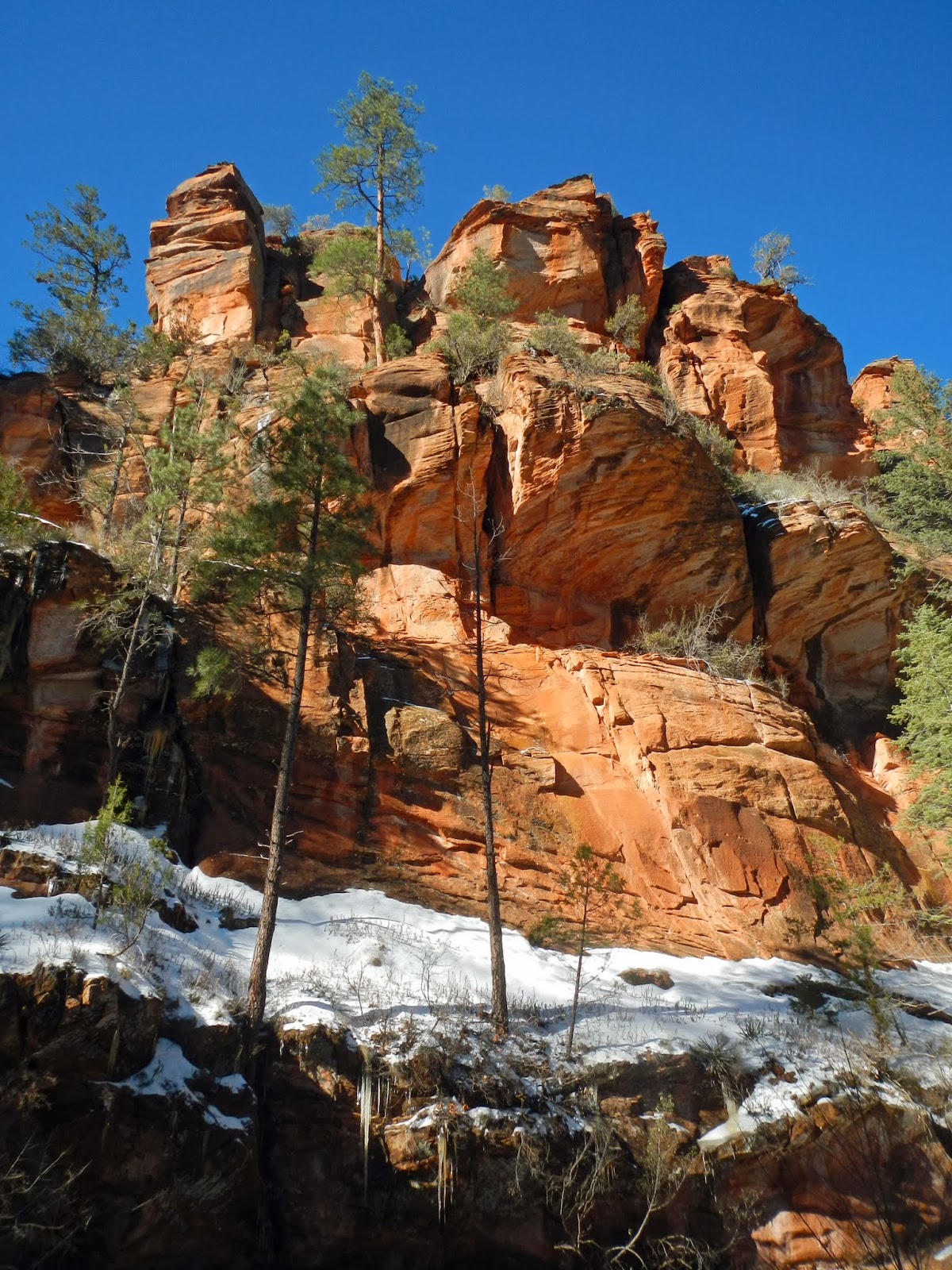 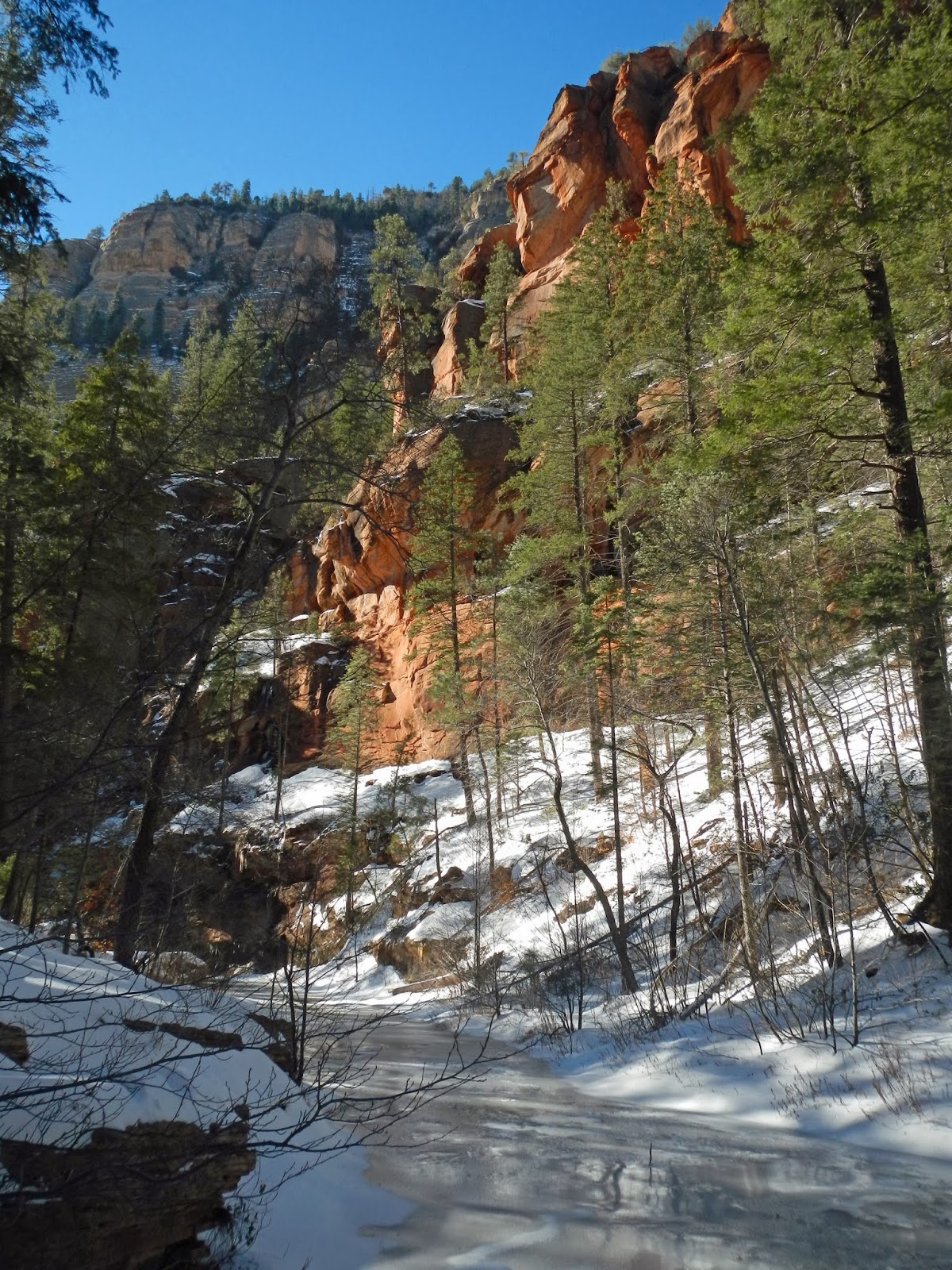