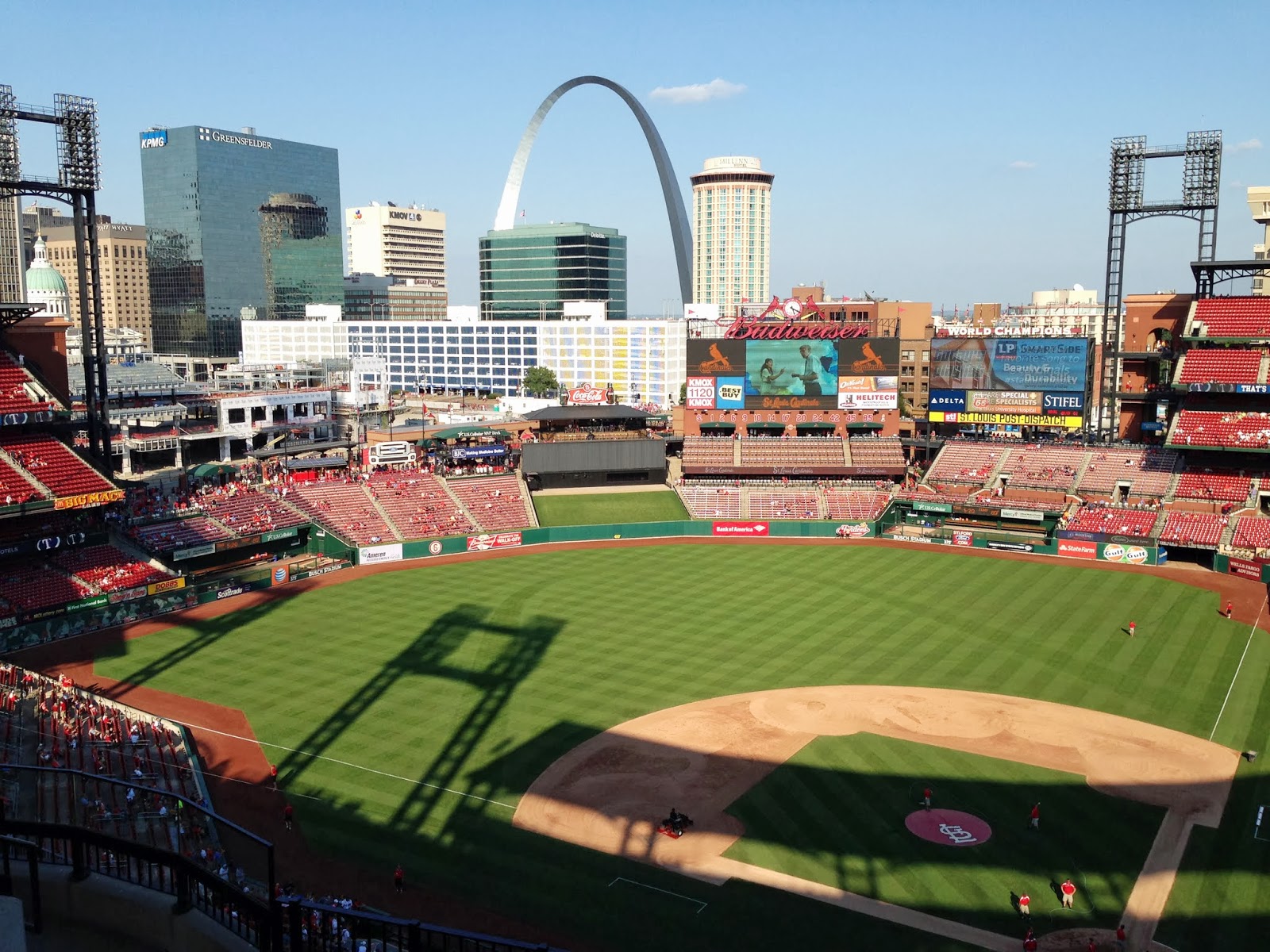 Busch Stadium is the home of the St. Louis Cardinals located on the southern side of downtown St. Louis. After having gone to several games at the stadium, I have to say that it is a fairly nice stadium but the food offerings in it are simply average. I have found out that some parts of the stadium, particularly on the lower level can be quite uncomfortable to sit in during St. Louis' hot summers because they have literally zero air flow.

There are few bars and restaurants close to the stadium, but a fantastic new microbrewery, 4 Hands Brewing, is located along 7th Street south of the stadium where I often park for easy access to Interstate 44 after games.