On August 13, 2013 I took a day trip to Macau from Hong Kong through Viator. Macau is one of China's two special administrative regions (Hong Kong is the other), and as a former Portuguese colony, is the only place in China where casinos are legal.

The tour company picked me up at my hotel in the morning, and we went straight to the Kowloon ferry terminal where our group boarded a high-speed ferry that took us across the Pearl River Delta to the Taipa Ferry Terminal on Taipa Island in Macau. Going between Macau and Hong Kong means going through customs in each SAR, but the process is very quick, and you receive a slip of paper in your passport when entering each.

Our tour guide met us outside the ferry terminal where we proceeded to board a bus and took it across a bridge to the Macau Peninsula. Once on the peninsula we drove past the Macau Grand Prix stand and on to the Statue of Kun lam along the southern edge of the peninsula. Here we got out and entered the base of the statue for a few minutes before going back to the bus.

From there it was on to the A-Ma Temple, which was constructed in 1488 and is now part of a World Heritage Site in Macau. We were able to walk freely about the temple, and it was quite crowded despite rain. For the previous week that I had been in Hong Kong there had not been any rain, but on the day of my trip to Macau Typhoon Utor began to enter the area. Where there were a few periods of heavy rain and wind during my trip, the weather overall wasn't that bad, at least in the afternoon.

After walking around the temple we went into a nearby bakery where there were plenty of free samples of the bakery's various products. The last stop on the tour before lunch was at the Macau Tower, the tallest structure in Macau at 1110 feet. The tower has an indoor observation deck and an outdoor deck on the next level up at 732 feet above the ground. Thanks to the rain, wind, and clouds the views weren't that great, but there were still people doing things outside on the upper deck.


We had lunch at a Portuguese-Chinese restaurant and then were dropped off at the ruins of St. Paul's, which is perhaps the most iconic place in Macau. We then walked from the ruins down pedestrian-only streets past St. Dominic's Church to Senado Square before ending up at the Emperor Palace Casino (which our guide billed as Jackie Chan's casino, although he owns only a minority stake in it).

After some time at the casino, be boarded the bus and were dropped off at the Macau Ferry Terminal. Thanks to the weather, the ferry ride back to Kowloon was very rough at first, but was smooth later on because we took the sheltered, more inland waterways on the north side of Lantau Island. 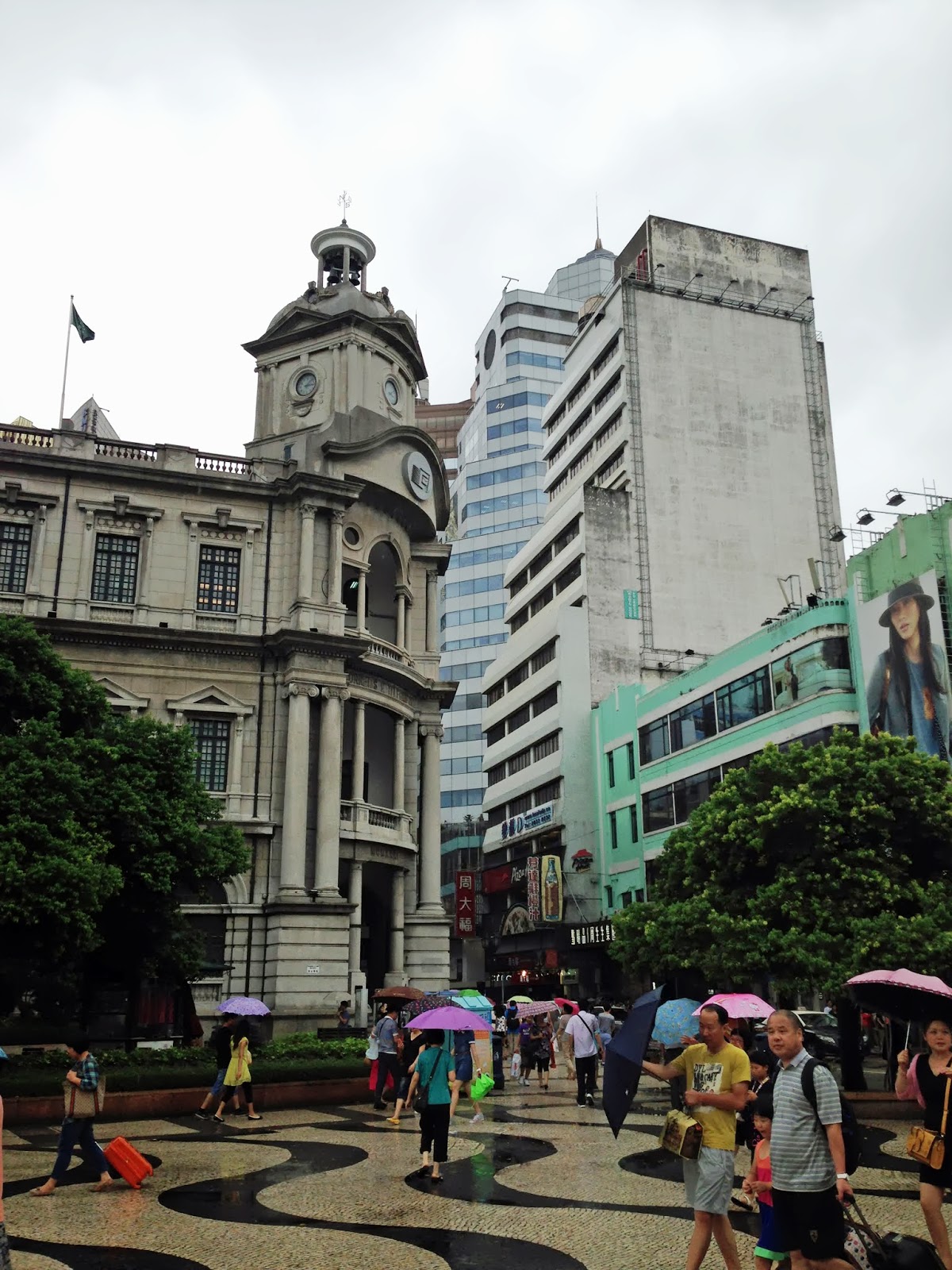