While I was in Hong Kong I took a day trip tour to Shenzhen and Guangzhou in Guangdong province in mainland China. This tour began when our tour guide picked me up at my hotel before continuing on to other hotels to pick up other guests. We arrived that the Central ferry terminal and boarded a high-speed ferry that goes from Hong Kong to the Shekou Industrial Zone in Shenzhen. The ferry ride took about an hour as we went by the New Territories of Hong Kong.

As a part of the group tour, the tour company arranged to get us a group visa to China rather than us having to obtain visas individually. Once through the very intense customs in China, we boarded our tour bus and drove through Shenzhen a while until we reached a museum and jewelry store that displayed various jade sculptures and a few terracotta warriors. Shenzhen was China's first special economic zone, which transformed the city from a population of 300,000 in 1980 to 1 million in 1990 to about 11 million today.


From the museum we drove through more of Shenzhen until we reached the zoo. Our bus was able to drive straight into the zoo and directly to the giant panda exhibit. We arrived at the perfect time when no one else was viewing the pandas and they just became active. Unfortunately, the pandas were all we were able to see in the zoo, except for some birds in cages that I saw through the bus windows on the drive out.


We then took the 2+ hour ride from Shenzhen to Guangzhou through Dongguan and the lands between the cities. These three cities are the largest cities in what is sometimes called the Pearl River Delta mega city - so called because the cities surrounding the delta make up the largest metro area in the world with a population estimated around 40 million. The scenery along the drive varied greatly, including small mountains, farmland, cities, and rivers.


In Guangzhou we stopped for a late lunch at a restaurant that our guide referred to as the Lotus Restaurant, although he admitted that that isn't the restaurant's real name. After lunch we walked down a side alley through a market where there were all kinds of things for sale. 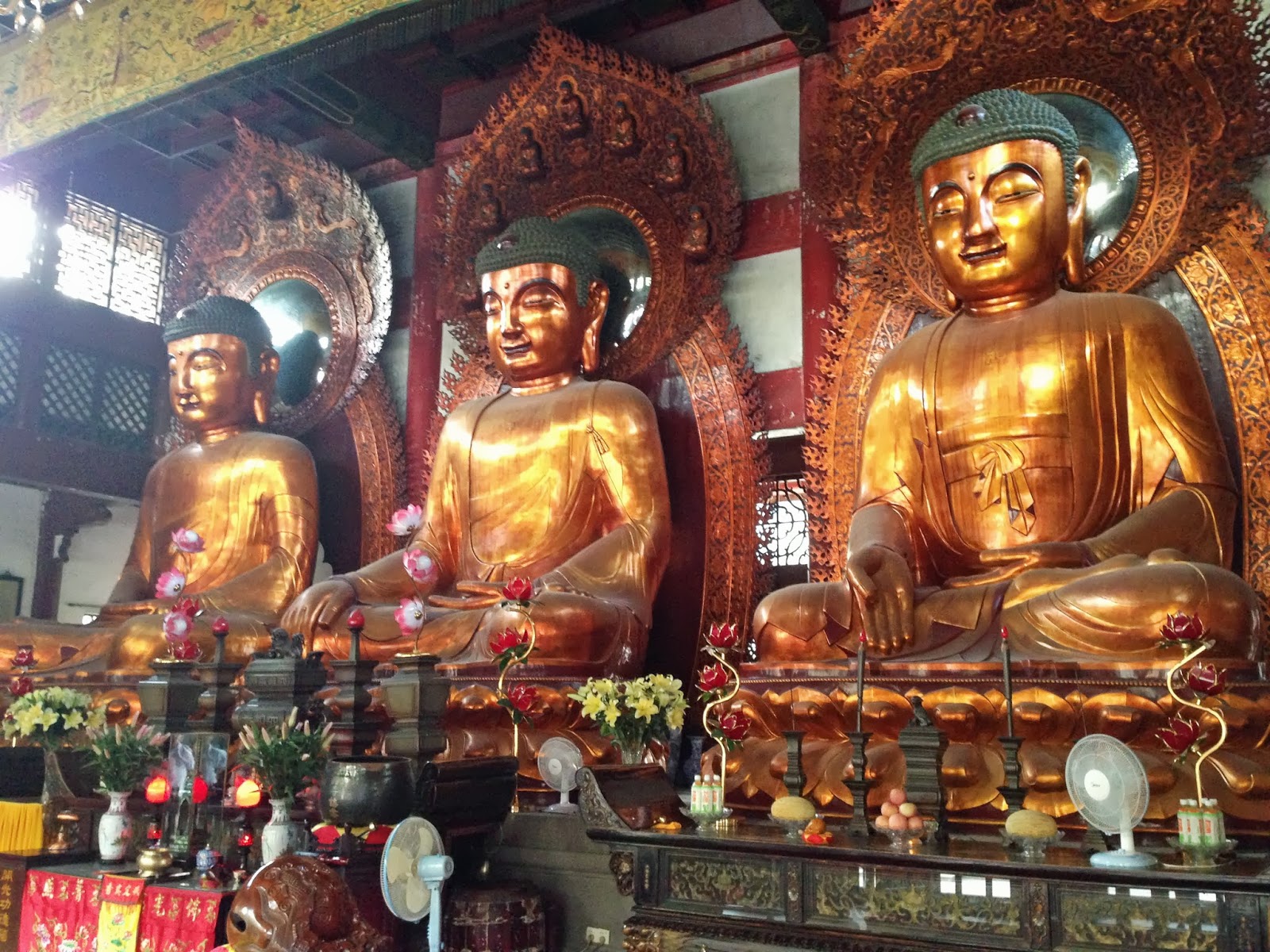 We then went to Sun Yat-sen Memorial Hall, which is a large octagonal hall built in 1931 that seats over 3,000 people and has an open interior space 233 feet wide.

After the hall, we took the bus to one of the train stations in Guangzhou where we went through customs and boarded a high-speed train that goes directly to Hong Kong. The nearly three hour trip from Hong Kong to Guangzhou via ferry and bus was reduced to less than two hours, and this will be even less once the Hong Kong portion of the line is upgraded to support high-speed rail.